Mr L, a 37 year old man from Gillingham, suffered a significant supracondylar fracture in his elbow in April 2011 following an accident whilst playing football.

He was taken to Medway Maritime Hospital, Kent, by ambulance and his fracture was identified. He was told that he would require open reduction internal fixation surgery, which would be carried out following a CT scan.

He was placed in a backslab, discharged and advised to await a date for the surgery to take place urgently.

Unfortunately this did not happen, despite Mr L chasing the hospital several times.

By the time he was seen at an appointment in May 2011 the window of opportunity to operate and achieve the best result on the elbow had passed (expert evidence has confirmed such surgery should be carried out within 7 days, although the sooner the better).

As a result of the delay in treatment, Mr L was unable to continue with his job.

To date, he has been left with additional pain and suffering (due to impinging capitellar fragments) and lesser range of movement, compared to the state his elbow would have been in had he had surgery. He will require further surgery to remove the impinging fragments in due course.

Expert evidence was obtained and the Trust (Medway NHS Foundation Trust) admitted breach of duty (i.e. that it failed to carry out surgery) but denied causation (i.e. that the lack of surgery made any difference to Mr L’s outcome, on the basis that he suffered a severe fracture in any event).

Negotiations took place, however, and the claim was settled for £70,000.

“This was a difficult case as we had to prove that Mr L’s injury was significantly exacerbated by the lack of surgery, bearing in mind that he suffered a significant injury in any event. As a result of the negligence Mr L has been left in a worse position than he would have been had the Trust operated, however, and the damages reflect this. Mr L would like to retrain for a job he can carry out with the limitations of his elbow and I hope that the settlement can help him achieve this and wish him all the best for the future.”

“I would like to take this opportunity to thank the team at Fairweathers for all the hard work in helping to resolve my case.  Every step of the journey in this difficult time of my life was carefully explained and very professional.  I felt confident throughout the whole that the team would get the result I needed to help me get back on track.

Especially Shantala who was excellent throughout making me feel it was her personal mission to ensure everything I needed was addressed, no stone left unturned.

Once again many many thanks to you all.” 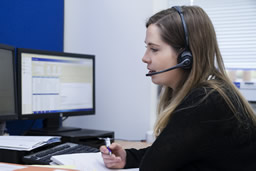